On Friday October 4th Kweek, in collaboration with Menno van Zaanen, gave a workshop on the basics of HTML during Night University. Night University is the free campus festival of Tilburg University and because it coincided with World Animal Day this year, the theme was Science Zoo. The meeting between science and society is what Night University is about and visitors could choose from all kinds of presentations, debates, guided tours, workshops, experiments, and cultural performances.

During our workshop, we received many enthusiastic participants who were interested in how it is now possible to program an animal with HTML/SVG code. After a short introduction and explanation by Menno van Zaanen, the participants were allowed to get to work themselves. Everyone got a handout with the most important codes and rules. In the beginning, there were a few questions, but the final results of everyone could be certain. Within about an hour everyone knew how to program their own creation.

When we as a board decided to participate in Night University again, we wanted to do something different than the standard talks and soon we came to the conclusion that we wanted to give a workshop. This workshop had to fit within the theme Science Zoo and that’s how we started to think. In the end, we ended up programming our own animal by using simple shapes like squares, circles, and triangles. 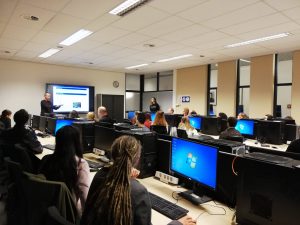 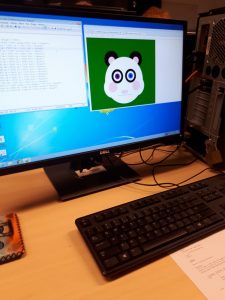 During his explanation and introduction, Menno van Zaanen explained how HTML originated and why it is so important. The workshop started with a short history about typesetting this was the first process in the series of processes in the printing industry. In this process, it was ensured that the characters and associated characters end up in the right place in the printing form. In principle, this can also be done with HTML because something is printed on a screen. HTML is a programming language, it is a language in which a website can be made in a structured way and it is the basis of every website. HTML is first and foremost a formatting language for text. Since every website contains HTML, understanding HTML code is an important skill to learn. With a bit of HTML knowledge, you know how a website works. Besides HTML, the workshop also used CSS for the design. CSS takes care of the design of all the elements used. Using CSS, colors can be added, for example. With the help of the programming language SVG it became possible to draw shapes and so it was possible for the participants to create animals. In this way, participants immediately learned to use different “languages” in their HTML page.

With this workshop, we wanted to show people that everyone, even if you don’t know HTML, can program and assemble something pretty quickly. Finally, we would like to thank Menno van Zaanen once again for taking the time to give this workshop!